"Yes, you heard that right, the oil price has gone up again!

According to the notice from the National Development and Reform Commission, from 0:00 today, the price of refined oil will be raised again, and Shanghai will implement it simultaneously. No. 92 gasoline is 9.28 yuan per liter, 95th gasoline is 9.88 yuan per liter, and No. 0 diesel is 9.02 yuan per liter. Based on the 50-liter fuel tank of a general family car, it will cost 15.5 yuan more to fill up 92th gasoline.

After the implementation of this upward adjustment policy, domestic No. 92 gasoline has fully entered the "Nine Yuan Era", and No. 95 gasoline has entered or approached the "Ten Yuan Era". It is reported that this is also the tenth increase in refined oil prices since 2022.

"Although in most cases it is necessary to drive, it is still necessary to drive, but if the oil price keeps rising so endlessly, it really makes people feel that they are about to be unbearable. Now I have to consider buying a plug-in hybrid or pure electric model."

It is by no means fabricated. Such a genuine complaint came from a friend around him. As a listener, I believe that there are many ordinary car owners who have the same feeling at the moment, and the increasingly high cost of using a car has become a pain point that everyone cannot ignore.

Precisely based on the above background, there is a strong contrast with the sales of many new energy vehicle companies. Recently, the group carnival has become more and more loud in the circle of friends. "The oil price is like this, why don't you buy an electric car?" Similar marketing texts emerge in endlessly and in various ways.

From the appearance alone, the crazy rise of the former will definitely benefit the latter. Take the cost of using the car that all car owners care about the most as the criterion. Even if there is no condition to install private charging piles and all public supercharging piles are used, the comprehensive cost of electric vehicles will still be much lower than that of fuel vehicles, and the advantages will be accumulated over time. will be more obvious.

Looking at a deeper level from this, it must be known that since 2022, due to the epidemic, lack of cores, fluctuations in the price of power battery raw materials and other factors, since March, basically all the corresponding products of new energy vehicle companies, Invariably ushered in a "price increase", and the magnitude is not small. 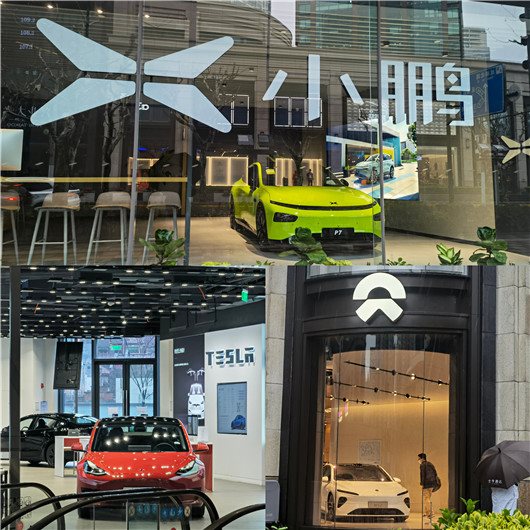 No matter how high the oil price is, the electric car still can’t be weaned. After visiting the terminal store, I found that despite the strong brands led by Tesla, BYD, and “Weixiaoli”, the order volume is still very strong, and it takes a long time to pick up the car. Time, but for other weak brands, there is an inevitable decline in demand, life is not easy, and there are more and more potential consumers who have lost their confidence in buying cars and are holding money to wait and see.

In other words, China's new energy market, which has been hit, urgently needs more effective policies to "stimulate" in order to restore its former vitality. The chain reaction brought about by multiple rounds of oil price hikes has only "hedged" a very limited part of the impact.

Coincidentally, just a few days ago, Li Pengcheng, vice president of Xiaopeng Motors and general manager of brand public relations, had targeted the 2.0-liter and below passenger vehicles with a bicycle price of no more than 300,000 yuan specified by the state since June 1. The vehicle purchase tax is halved, and I posted my opinion on personal Weibo.

The central idea is that while actively calling for "saving" fuel vehicles, the new energy sector also needs the help of favorable policies. After all, according to the original plan, starting next year, the purchase tax and state subsidies for new energy vehicles will be completely reduced. Simply take an electric car with a price of about 250,000 yuan as an example, which will virtually reduce the "blood transfusion" of more than 30,000 yuan.

Fortunately, fortunately, at the press conference on the theme of "China's Decade" held yesterday, according to Xin Guobin, Deputy Minister of Industry and Information Technology, "For new energy vehicles, the Ministry of Industry and Information Technology will study and clarify the continuation of the purchase tax preference as soon as possible. policy, and optimize the double-point management method."

No matter how high oil prices are, electric vehicles will still not be able to stop milking

Obviously, in order to save the market, positive signals have been released. At the same time, according to the news from Reuters last month, with the slowdown of the overall economic upturn, the new energy subsidy policy may also continue to be extended to ensure that the total amount can maintain rapid growth.

In a word, whether you admit it or not, compared to the toddler stage in the past, you can definitely feel the visible growth of many Chinese new energy vehicle companies at this moment, and the "curve overtaking" of foreign brands is undoubtedly becoming a reality quickly.

But as the title of the article teased: no matter how much oil prices rise, electric cars will still not be able to stop milking. The words are not rough, and it always feels out of place to choose to let go in an environment like this year where the situation is not optimistic and the pressure for survival is increasing day by day.