According to Taiwan's "Economic Daily", on June 15, Hon Hai Chairman Liu Yangwei said at the ground breaking ceremony of its first electric vehicle battery cell R&D and trial mass production center that he hopes to use the cell R&D and trial mass production center to convert the entire battery The industrial chain is made from upstream materials, midstream cells to downstream battery packs, and the batteries made by the local battery industry chain are supplied to electric vehicles using MIH specifications, thereby accelerating the overall development of the local electric vehicle industry. 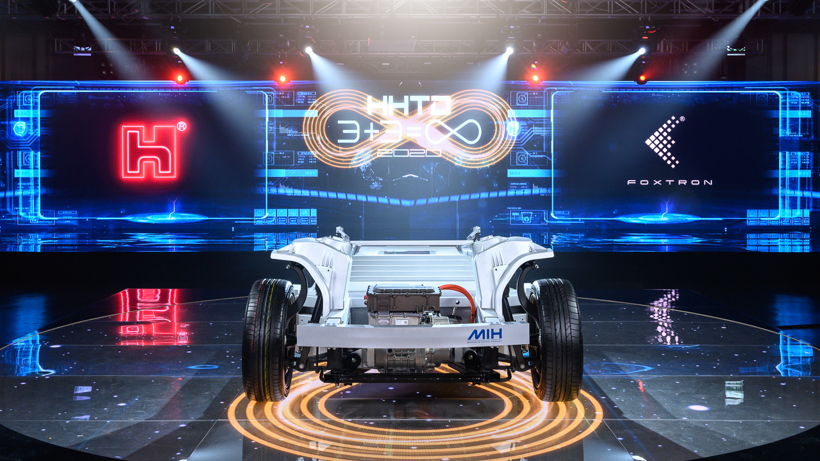 It is reported that Hon Hai's battery cell trial mass production center in Hefa Industrial Park is estimated to invest NT$6 billion (about 1.368 billion yuan), with a target of mass production in the first quarter of 2024, and will provide electric buses and passenger cars. The production capacity can reach 1GWh, and the market demand for domestically produced cells in Taiwan will continue to expand in the future.

Earlier, Liu Yangwei also publicly stated that Hon Hai will be committed to expanding the shipment of electric vehicle parts in the future, and especially emphasized that Hon Hai's electric vehicle strategy is to launch three arrows at the same time as vehicle assembly, modules and key components. Among them, the gross profit rate of the whole vehicle assembly is lower, the second highest is the module, and the highest gross profit rate is the parts.

"Accelerating commercial transfer and mass production, and developing higher-value components and software will be the focus of Hon Hai's EV development in 2022." Liu Yangwei said at the fourth quarter 2021 investment legal person briefing in March, "This year's electric vehicles Revenue is still dominated by software and components, and vehicle revenue will not be obvious until next year. By 2025, Hon Hai's goal is to have a market share of 5%. The vehicle production target will be 500,000 to 750,000 Vehicles, of which the revenue contribution from vehicle OEMs is expected to exceed half.”

In addition, Liu Yangwei also revealed that in the future, Hon Hai will continue to cooperate with manufacturers in Indonesia, Thailand, the United States and other places to build factories and mass-produce them on the spot to build a supply chain for battery cells and lithium iron phosphate batteries, and its first overseas battery cell production base. Should be in Indonesia.

This article is reproduced from Gasgoo