"Although the discount rate of the 2021 Cadillac CT5 has been reduced, it has a higher configuration and is highly recognized by customers." "After the adventurer went on the market last year, the sales of the Lincoln brand have been going up. The adventurers in our store "go" 70- per month. 80"... Recently, a reporter from China Economic Net visited a certain Cadillac 4S store and Lincoln 4S store in Beijing. Although it is the afternoon of a working day, there are still many “prospective car owners” who come to pick up the car in the two brand stores, as well as consumers who watch and test the car. 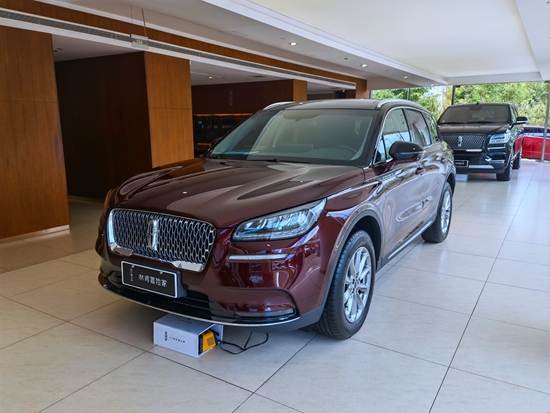 Behind the continued improvement of    terminals is the recognition of American high-end brands by consumers, and the steady increase in sales is a strong evidence. In 2016, it exceeded 100,000 units and in 2018 it exceeded 200,000 units. In 2020, Cadillac has an annual sales volume of 230,007 units. It has won the second-tier high-end car market for the fourth consecutive year, and once again boosted the overall second-tier high-end market.

In contrast, although the Lincoln brand with its "second entry into China" has experienced a period of "obscurity", it also ushered in a bright moment last year, setting the highest sales record since entering China with an annual sales of 61,761 vehicles. An increase of 32%.

"The preferences of Chinese consumers are different from those of American consumers. Cadillac and Lincoln have made a lot of product improvements for China," said Cui Dongshu, secretary general of the Association of Transportation, in an interview with a reporter from China Economic Net regarding the stable performance of Cadillac and Lincoln. , The two brands achieved localization, respected the habits of Chinese consumers, and gained market recognition.

Looking back, Cadillac once entered China in 2004, and in 2013, it started two localization attempts, and gradually won the market with the continuous expansion of the domestic product lineup. In 2017, thanks to the sales of the SUV model XT5 and the full strength of the car matrix, Cadillac surpassed Jaguar Land Rover and became the "leader" in the high-end camp except BBA. Although the two major classic models of ATS-L and XTS have withdrawn from the market in 2019, they have gone through the awkward period of switching between National V and National VI in 2019, but accompanied by the construction of XT4, XT5, XT6 SUVs, and CT4, CT5, and CT6 sedans. The new "3+3" product lineup was officially formed, and Cadillac began to explode. Compared with Cadillac, which has fully localized its models on sale, although the Lincoln brand started localization later, it is also accelerating its pace. While the sales volume is increasing steadily, product launches are accelerated. 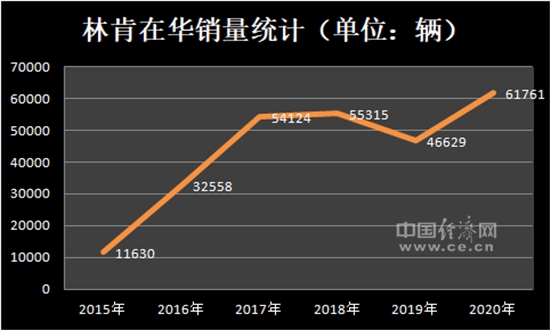 Entering 2020, despite the impact of the epidemic, Lincoln still resolutely started the process of localization, opening a new chapter in China's development. Lincoln’s first domestically-produced model adventurer, only 9 months after the launch, achieved outstanding results of cumulative sales of 31,795 units, and helped the Lincoln brand to exceed the 60,000 sales "mark" in one fell swoop in 2020, which is even better than Acura, Infiniti, etc. that have been domestically produced For many years of Japanese high-end brands, sales were even higher at their peak.

In contrast, the Japanese brands Acura and Infiniti, both in the high-end car camp, have been hard to come back on the "downhill" in recent years, and localization is also difficult to save their precarious market position.

As a premium car brand under Honda, Acura has entered the Chinese market for 14 years, but its product lineup is thin and niche. Since the realization of localization in 2016, Acura has experienced short-term growth, and in 2017 ushered in the peak sales of 16,348 vehicles, but there have been ups and downs since then. At present, the Acura star model CDX has maintained a three-digit sales performance. The flagship SUV model MDX has not yet started domestic production, and the sedan TLX-L has completely "disappeared" because it does not meet the National VI emission standards. Public data shows that in 2020, Acura's sales are about 12,000, which is still less than a fraction of Honda's 1.627 million sales in China. 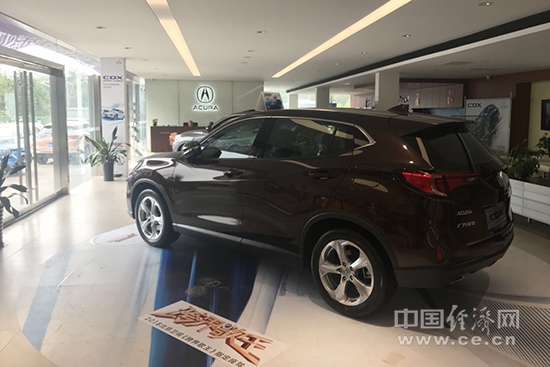 An Acura 4S store in Beijing

Infiniti started local production in China in the fourth quarter of 2014, and successively launched two domestically-produced models, Q50L and QX50. Since April 2015, sales of domestic models have accounted for "half of Infiniti's sales in China." At its peak, Infiniti's sales volume was close to 50,000. However, due to the late entry into China and the lack of strategic planning, Infiniti's dealer network layout is far from being formed, and sales are becoming increasingly sluggish. In 2020, Infiniti's sales in China were only 25,700, hovering at the edge of the market.

It is worth mentioning that since the Q50L and QX50 models were made in China, Infiniti has never given consumers more surprises except for the annual model changes. A source close to Infiniti told reporters, “Infiniti’s main battlefield is in North America, and it directly sells North American models to the Chinese market. There are no models specifically for the Chinese market, so the product cycle is very long.”

Talking about the different fate of the localization of the American high-end and the Japanese high-end, Cui Dongshu said bluntly, "Infiniti and Acura lack a symbolic concept for consumers, lack effective attraction, and have no unique advantages in products."

In contrast, riding on the "express" of the development of China's high-end car market, Cadillac and Lincoln, which have continued to cultivate in the field of localization, have shown full development stamina. Following the adventurer, Lincoln has successively launched pilots and navigators to fully realize the goal of "three domestically-made new cars in three years". The latest data shows that in May of this year, Lincoln's sales in China exceeded 8,000, an increase of 60% year-on-year, and all three domestic models set sales records. Within this year, Lincoln will also launch a new sedan ZEPHYR specially developed for the Chinese market to further enrich its product lineup.

Cadillac, while continuing to improve the "3+3" product lineup, is also accelerating the transformation and upgrading of electrification and digitalization. Its first intelligent pure electric concept car, LYRIQ, has now entered the mass production test stage and is expected to be launched next year.

In the future, as the Chinese auto market accelerates toward a high-quality development stage, what kind of "American luxury" Cadillac and Lincoln will bring to Chinese consumers is undoubtedly worth looking forward to.