Volkswagen rises and Tesla falls, when will German electric vehicles overtake in China?

In Europe, Volkswagen Group CEO Diss' previous "cruel words" of "grabbing Tesla's market share" are being realized. So, in China, the world's largest market shared with Tesla, when will Volkswagen be able to overtake? At the same time, under the leadership of Volkswagen, when will German brands such as BMW, Mercedes-Benz and Audi, which are also accelerating the deployment of electrification, achieve further breakthroughs in China's new energy vehicle market?

Recently, the new energy vehicle sales statistics website EV Sales announced the ranking of European electric vehicle sales in April. Volkswagen ID.4 and ID.3 won the first and second places with 7,565 and 5,941 respectively, and the highly sought after Tesla main seller. The Model 3 model fell out of the top 20, with only 1,244 units sold, a 95% drop from the previous month. 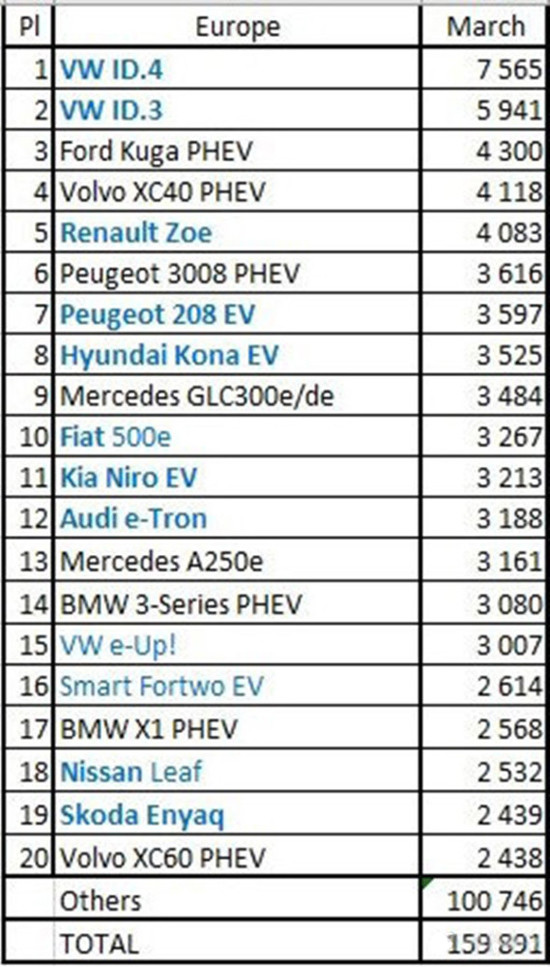 Data shows that Tesla’s global sales of 53,000 vehicles in April, a 43.44% drop from the previous month, showed a double-digit drop in major regional markets. Among them, Tesla sold 11,671 vehicles in the Chinese market in April, a decrease of 67.10% from the previous month; another source revealed that Tesla's orders in China in May were reduced by nearly half compared with April, from 18,000 to about 9,800. The report released by Credit Suisse also shows that Tesla's share of the global electric vehicle market has plummeted from 29% in March to 11% in April.

"One of the many things Musk (Tesla CEO) does is to promote the industry to take electric vehicles seriously." Former Ford CEO Mark Fields said in an interview recently. "But he now faces real competition. , Which is why their share in some major markets is under great pressure.” Fields believes that the current share changes in the global electric vehicle market are due to traditional auto giants such as Volkswagen, General Motors, Ford and others. Progress.

Accelerate the layout of electrification transformation

With the “full support” of the Volkswagen Board of Supervisors in December of last year, Volkswagen also started “accelerating the transformation to a leading personal travel service provider”. In March of this year, the Volkswagen brand announced the ACCELERATE (acceleration) strategy to accelerate the development of digitalization, new business models and autonomous driving. Subsequently, the Volkswagen Group also announced its electrification plan for the next ten years, and launched a new platform strategy covering the four major aspects of hardware, software, battery and charging, and travel services.

Especially in the Chinese market, Volkswagen predicts that by 2025, its overall new energy sales will reach 4.75 million units, with 15 domestic models on the MEB platform; 35% of its product portfolio in China is electric vehicles; annual sales of 1.5 million units. By 2030, the annual sales of Volkswagen's new energy models in China will reach 2 million, with a cumulative total of 12 million. In this regard, Volkswagen Group (China) CEO Feng Sihan said in an interview with a reporter from China Economic Net, “The most talked-about and hot emerging companies may sell about 40,000 or 50,000 vehicles, and we hope it will be several million. , This is an order of magnitude difference." 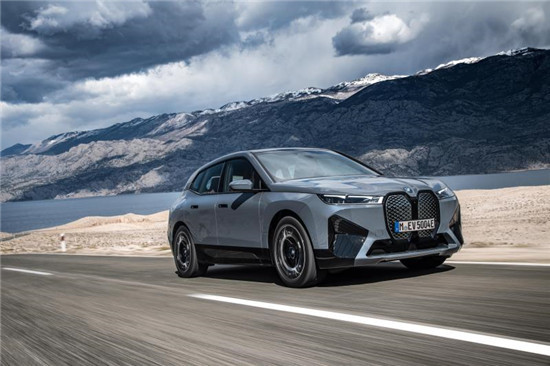 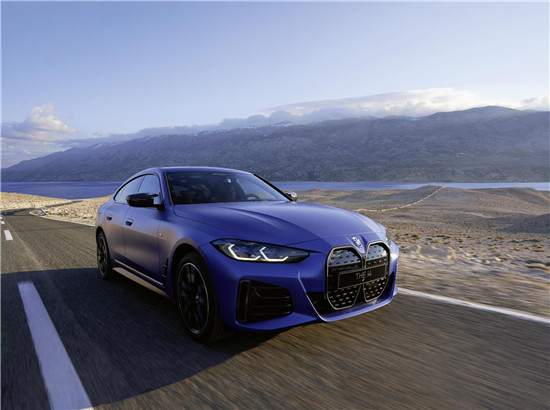 At the same time, BMW, Mercedes-Benz, and Audi (BBA), which lead the premium car market, have also accelerated their deployment in the fields of electrification and digitalization. Among them, BMW has a relatively early electrification layout in the BBA. Its i brand, which focuses on new energy, has now ushered in its tenth year. From the early i3 and i8 to the first pure electric SUV ix3, to the just released iX and i4, electric vehicles are becoming an increasingly important source of sales and profit for BMW.

In March of this year, BMW announced a comprehensively sharpened corporate strategy and promoted the transition to sustainable digital smart mobility with the "three-step" concept. It plans to provide about 12 pure electric vehicles worldwide by 2023, covering about 90% of the market segments. . In 2025, the BMW Group will complete the delivery of its 2 millionth pure electric vehicle. In the next ten years or so, the group will deliver approximately 10 million pure electric vehicles globally.

"Industrialization is about timing. We act at the right time." Gao Le, President and CEO of BMW Group Greater China, told reporters, "In terms of electrification, we have not done nothing before, but have been accumulating various technologies. And observe the right time to enter the market. Now, we believe that the time is ripe and the BMW Group is transforming into electric development in all aspects." 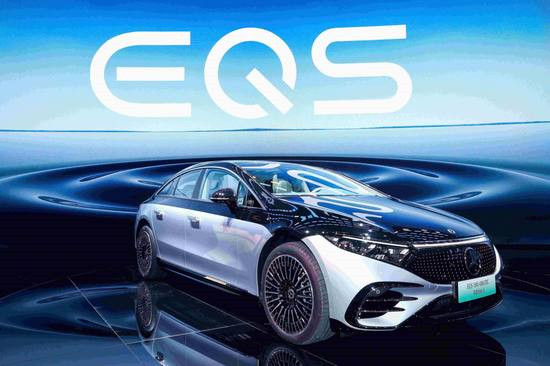 As the pioneer of Volkswagen's transformation, Audi is also fully promoting its "Electrification Blueprint" under the strong synergy of the group. In February and April of this year, Audi e-tron GT and Audi Q4 e-tron series models made their world premieres successively, further expanding its lineup of pure electric models. At present, Audi e-tron has achieved domestic production in China. In addition, the high-end electric platform PPE technology jointly developed by Audi and Porsche will also debut at the 2021 Shanghai Auto Show.

In comparison, Tesla still has an advantage in sales in the Chinese market. Weilai CEO Li Bin also publicly stated recently that the sales of high-end electric vehicles such as BMW, Mercedes-Benz, and Audi are not as good as those of Weilai. However, from the perspective of trends, the German auto giants with a century of car-making experience undoubtedly have reasons to be optimistic.

In an interview with reporters, Cui Dongshu, secretary-general of the Travel Association, said that although there are no signs of (electric vehicle sales overtake), they (German auto giants) must have huge advantages in terms of scale, synergy, and system capabilities. of. 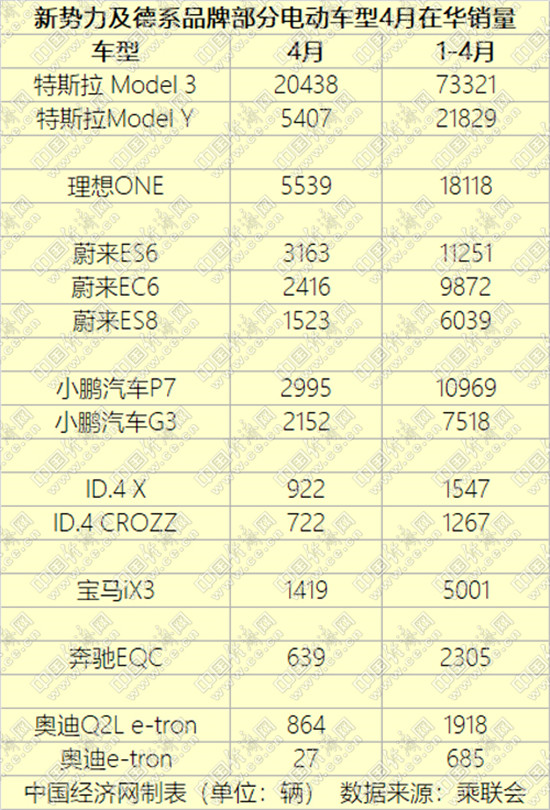 This can be described as vividly reflected in the latest financial reports of all parties. In the first quarter of this year, new domestic car-making forces such as Weilai, Ideal, and Xiaopeng, although their gross profit and gross profit margin were positive, have not yet shaken off their losses. Although Tesla has been profitable for seven consecutive quarters, it has also been accused of relying too much on carbon credits and bitcoin transactions. If it relies solely on the automotive business, it even lost $181 million in the first quarter.

In contrast, Volkswagen and BBA achieved profitability in the first quarter. Among them, the net profit of Volkswagen and BMW exceeded 3.4 billion euros, and Daimler reached 5.35 billion euros. Of course, this is related to the cost-reduction and efficiency-increasing measures that have been generally adopted in recent years, but it also highlights its strong scale effect and system capabilities, so that it can still achieve sustainable development in the face of unprecedented changes in the industry.

In this regard, analysts in the industry pointed out that traditional car companies have been observing and studying the changes in the electric vehicle market very early. Factors such as supporting facilities and market risks, "Once they make a decision (to make electric vehicles), it will be large-scale production."