There is still no answer to who will get the first share of the new energy vehicle science and technology innovation board.

As of the end of August this year, there were 331 listed companies on the Science and Technology Innovation Board, with a total market value of 5.55 trillion yuan, but the "first share of the new energy vehicle Science and Technology Innovation Board" is still waiting to be vacant. Compared with the rush of car companies two years ago, the quiet period of the recent period has shown quite a contrast. 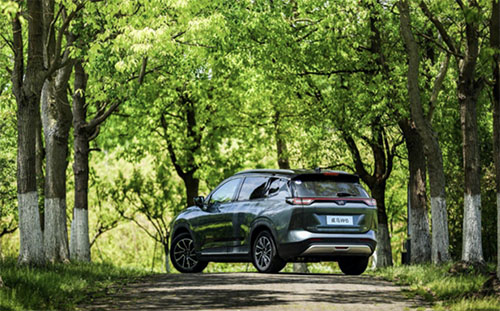 In June 2019, the Sci-tech Innovation Board was launched. The registration system tailored for technological innovation companies, with a relatively more inclusive and accepting attitude, temporarily stimulated the enthusiasm of new energy vehicle companies who are struggling to raise money to go public.

Reuters had predicted that the vast majority of new car-building forces would die, and only a few would survive. At that time, the sci-tech innovation board was comparable to car companies.

Nezha Motors, Skyrim Motors, Zero Running Motors, Aichi Motors, Singularity Motors, Qiantu Motors, Bojun Motors, etc. have all expressed their intentions on the Sci-tech Innovation Board. Among them, Geely Automobile and Weimar Automobile showed strong execution. However, after two years, due to various reasons, the attitude of car companies towards the science and technology innovation board has obviously been lowered.

CMB International Securities Co., Ltd. research department manager Bai Yiyang said that auto companies' impact on the science and technology innovation board is intended to obtain high valuations. The reasons for the current stoppage are nothing more than the company's technological attributes and financial problems. Many auto companies cannot be listed on the Sci-tech Innovation Board, and may switch to Hong Kong and U.S. stocks. After all, the financing window is gradually closing.

The impetus to impact the science and technology innovation board

About a year ago, car companies were generally optimistic about the impact on the science and technology innovation board.

The most typical is that in June 2020, Geely Automobile announced the "issuance of RMB shares and listing on the Science and Technology Innovation Board" plan, which is a gradual and significant change.

According to public information, Geely Automobile was listed on the main board of the Hong Kong Stock Exchange in May 2005. As the auto market showed signs of fatigue in 2018, and out of strategic considerations for real business, Geely Auto’s listing attitude has become: willing to return to A-shares. There is no chance at this time. It will understand relevant policies and look at the timing.

Geely Auto is a red-chip company registered overseas, and the country has not issued a domestic listing policy for relevant red-chip companies before 2020.

From the perspective of Geely's own development, from 2015 to 2018, its sales data increased from 538,500 vehicles to 1.5 million vehicles, and its net profit increased from 2.26 billion yuan to 12.55 billion yuan, showing rapid growth.

Compared horizontally in the same period, the life of each car company is not easy. Public information shows that Weimar Motors lost 11.4 billion in the third quarter of 2017-2020. Evergrande has lost 17.4 billion yuan since 2019. In addition, due to factors such as the lack of funds and the slow process of building cars, the sales of the second-tier and lower car companies of the new forces are generally unsatisfactory, and the revenue situation can be imagined.

At this time, the Science and Technology Innovation Board demonstrated its "affinity" with rules that do not examine profitability and flexible equity incentives. For auto companies in urgent need of blood transfusion, going public is an important financing and development channel.

Why have stagnated and slowed down

Public information shows that the early stage of Geely Automobile's sci-tech innovation board was going very well until it was exposed in March this year. The Shanghai Stock Exchange terminated the review due to the expiration of the financial information in the application documents. On June 25, Geely Automobile issued two announcements announcing that it has temporarily withdrawn its application for listing on the Science and Technology Innovation Board, and at the same time actively seeks different external financing solutions for its brand Jikrypton Auto.

Regarding this change, Geely Automobile said it was due to adjustments in its business strategy. However, according to Bloomberg, domestic regulatory authorities have doubts about whether Geely Auto has sufficient high-tech content and development. Although there is news that in terms of scientific and technological strength, Geely has actually listed its independent research and development of international leading technologies from many aspects such as the number of patents and R&D team.

Some voices in the industry believe that in the announcement, "When the relevant conditions are mature, the company will actively promote the issuance and listing of RMB shares", or Geely chooses to bet on Extreme Krypton, and prioritizes the development of Extreme Krypton business to the most important level of the group, letting Extreme Krypton first Realize social financing, and then list on the capital market in the future, thereby driving the strategic transformation of the entire group.

Weimar Automotive’s sci-tech innovation board encountered a similar situation. According to an announcement by the Shanghai Securities Regulatory Commission, Weimar Motors completed its listing guidance in January this year, but the process was suspended in March.

In this regard, Weimar Motors explained that it is queuing up for the IPO on the Science and Technology Innovation Board, and the listing time is undetermined. However, according to the media, a person familiar with the matter disclosed that Weimar Motors stopped its sci-tech innovation board because it was found to be inadequate in science and technology during the review of materials, the proportion of R&D investment in revenue was not high, and the continued losses were many other issues.

Since Geely Automobile and Weimar Automobile have successively failed, the new energy car companies have obviously calmed down their views on the Sci-tech Innovation Board, and they have mostly held a wait-and-see attitude.

There is a view that the dilemma faced by new energy car companies is due to policy tightening.

The future of science and technology innovation of new forces

Relevant information shows that at present, my country’s new car-making forces, especially the second-tier companies, have not yet shown relevant core technical functions such as the “three-electric system”. Automakers' self-developed technologies, which are already difficult to produce, have become increasingly cramped in the face of the ever-tightening science and technology innovation board policy.

Auto industry analyst Zhang Xiang told Caijing.com that what inspires auto companies to hit the sci-tech innovation board is to use its investment channels to raise more funds than A, B, and C rounds in terms of breadth and magnitude. If an IPO is reached, it is an extremely important endorsement for the company, and at the same time the brand power of the company will be improved. However, to successfully enter the Sci-tech Innovation Board, the company needs to withstand strict scrutiny in various aspects such as the company's organizational structure, product competitiveness, brand awareness, financial status, and equity structure.

“The Sci-tech Innovation Board reflects the relationship between the capital market and technological innovation, emphasizing the uniqueness of the application companies’ technology," said Wan Chunlei, an automotive technology expert. Small and sophisticated core component companies such as sportswear have outstanding features in technological products. Many of them are industry leaders and have stable functions and broad spectrum for related industries across the country and even the world. On the other hand, the new energy automobile industry seems to be thriving and developing rapidly, but in fact it is a mixed bag, and most of it cannot form a technologically differentiated advantage in the market. In addition, the current market share of new energy vehicles is not optimistic. Few people actually reach homes. Taking Geely as an example, most of its vehicles are digested by the group's travel business and adopt a left-handed-to-right-handed circulation model. In addition, new energy vehicles have the characteristics of large investment and long production cycle. If the product market does not buy it, and it happens to be a listed company, it will inevitably pose a huge risk to sought-after investors. Therefore, strict review is very necessary to screen out companies that are truly healthy and operate to avoid historical pain points such as false disclosures, manipulation of dealers, and money collection. The capital market is a very important part of social and economic construction, and its health is related to the national economy and the people's livelihood.

CMB International Securities Co., Ltd. research department manager Bai Yiyang said that auto companies' impact on the science and technology innovation board is intended to obtain high valuations. The reasons for the current stoppage are nothing more than the company's technological attributes and financial problems. Many auto companies cannot be listed on the Sci-tech Innovation Board, and may switch to Hong Kong and U.S. stocks. After all, the financing window is gradually closing.