According to foreign media reports, on September 9th, workers at the company's Marysville, Michigan plant went on strike because ZF Friedrichshafen, a global component supplier, canceled its agreement to admit its employees into the union. The ZF Michigan plant is the main supplier of Stellattis, producing rear beam bridges and axle drive units. 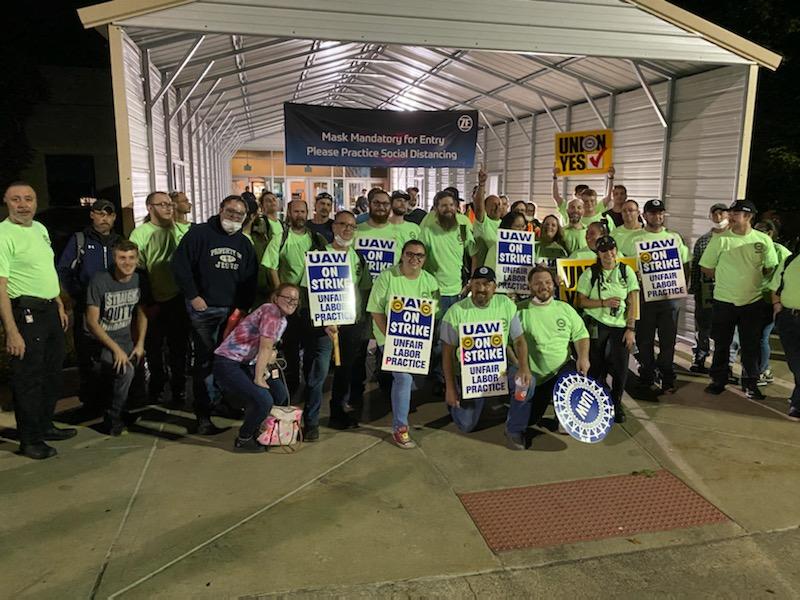 ZF disagreed with this statement and stated that it did not violate the so-called neutrality agreement. A ZF spokesperson said that production at the plant is still continuing. There are approximately 340 workers at the ZF Michigan factory, but it is unclear how many are on strike. A ZF spokesperson said that only a "small number" of workers participated in the strike.

It is reported that some ZF workers at the plant have always indicated that they would join the American Federation of Automobile Workers (UAW). Currently, most ZF workers have signed an agreement to join the trade union, but ZF refuses to recognize the agreement.

UAW Union District Director James Harris said in a statement, “When most workers agreed to join the union, it is unreasonable for ZF to use delaying tactics to prevent workers from joining. ZF must stop the destruction. The actions of the trade union rules, and respect the wishes of the workers, and recognize that workers have the right to negotiate under the jurisdiction of the trade union."

ZF refuted the statement that “violating the neutrality agreement and not recognizing the majority of workers joining the union agreement”. ZF North America spokesperson Anthony Sapienza said, "This is completely inaccurate." Sapienza confirmed that some workers are demonstrating in the factory, but "factory production is not interrupted."

The statement issued by ZF stated, “As we have done in the past few months, ZF will continue to discuss with the American Auto Workers Federation a fair procedure for workers to decide whether they want the union to represent them. "