In the environment of rapid growth in China's new energy vehicle market, BAIC Blue Valley is still in the midst of declining sales and high losses. 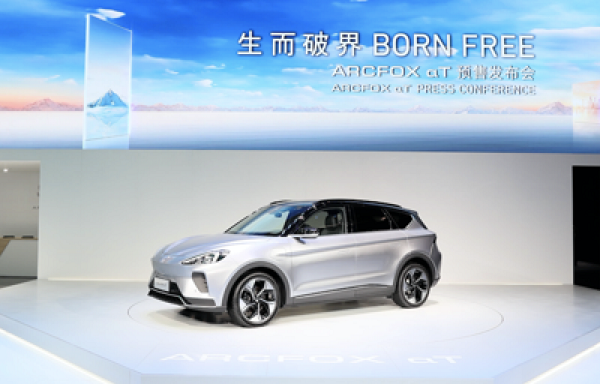 Although affected by the shortage of raw materials and other unfavorable factors, thanks to the recovery of the auto market from the epidemic, the revenue and sales growth of independent auto companies in the first half of this year have increased significantly. However, BAIC Blue Valley, which is on the fast-growing new energy vehicle track, has not yet reversed its decline, and revenue and sales are showing a further decline.

In the environment of the rapid growth of China's new energy vehicle market, BAIC Blue Valley is still in the midst of declining sales and high losses.

From January to June 2021, BAIC Blue Valley’s operating income was 2.437 billion yuan, a year-on-year decrease of 21.69%; the net loss attributable to shareholders of listed companies was 1.813 billion yuan, which was 2.68% smaller than the same period last year; attributable to shareholders of listed companies The net loss after deducting non-recurring gains and losses was RMB 20.97, which was 5.43% larger than the same period last year. In the first half of this year, auto companies generally recovered from the impact of the epidemic and achieved a significant rebound in financial performance. BAIC New Energy still failed to stabilize its decline.

In response to the company’s loss and expense growth, BAIC Langu explained that due to intensified industry competition, multiple iterations of competing products and obvious brand differentiation, the company increased its promotion efforts, resulting in a year-on-year decline in gross profit margin; in addition, the company’s production and sales did not meet expectations , The existing gross profit cannot cover the inherent costs and expenses, which intensified the year-on-year decline in gross profit margin; in order to promote the improvement of the ARCFOX polar fox brand and channel construction, the company increased its brand communication and increased its advertising and operating expenses; in order to build its own technological capabilities, self-developed research and development The amortization of non-patented technology increased.

Although the company suffered serious losses, BAIC Langu stated that during the reporting period, production and operation were normal, financial conditions were stable, monetary funds were sufficient, and credit lines were sufficient. At present, all debts are repaid on time.

According to the statistics of the China Association of Automobile Manufacturers, the production and sales of pure electric passenger vehicles in the first half of 2021 were 958,000 and 941,000 respectively, a year-on-year increase of 1.7 times and 1.6 times respectively. BAIC Blue Valley’s production and sales have declined year-on-year, which is in sharp contrast with the accelerated expansion of China’s new energy vehicle market.

subsidies to decline the decline of the brand

As the “head player” of new energy vehicles with annual sales of more than 100,000, the sales performance of BAIC New Energy has declined significantly, and it is even far lower than that of new car manufacturers.

In 2018 and 2019, taking advantage of the policy dividend of new energy vehicles, BAIC New Energy, which has an earlier layout in the industry, once reached a record high of annual sales of more than 150,000 vehicles, ranking firmly as the leader of China's new energy vehicle industry. in. BAIC's EU series has also become the only domestic single model with a breakthrough of 100,000 vehicles. At the same time, with high government subsidies, the company also achieved net profits of 155 million yuan and 92.101 million yuan in 2018 and 2019, respectively.

However, the sales volume of BAIC New Energy has experienced a cliff-like decline in 2020. The cumulative sales volume that year was only 25,914 units, a year-on-year decrease of 82.79%. In the first half of this year, the company's sales have not improved yet. BAIC Blue Valley's annual net loss reached 6.482 billion yuan.

The industry’s view is that under the gradual decline of subsidies, consumption upgrades, and the shift of new energy vehicle sales from public vehicles (such as taxis and online car-hailing) to private vehicles, BAIC New Energy failed to grasp the industry’s policy-driven development. Turning to market-driven opportunities to improve product power and brand power, it quickly declined. The impact of the epidemic has further exacerbated the downward trend.

In terms of personnel affairs, BAIC Langu also experienced significant changes in the first half of the year. As of the announcement in the mid-year report, nine executives of this company have applied for resignation. Among them, the company's chairman, director, chairman and member of the strategy committee of the board of directors, Jiang Deyi, had been in office for less than six months and resigned at the beginning of this year on the grounds of work. After replacing Jiang Deyi’s chairman, Liu Yu, the company’s manager, also resigned as manager and was replaced by Dai Kangwei, deputy secretary and general manager of Beijing New Energy Automobile Co., Ltd., who had a background in technology research and development.

In recent years, BAIC's new energy vehicles have frequently caught fire and spontaneous combustion accidents, posing safety hazards. Affected by this, in March 2021, BAIC New Energy recalled some EX360 and EU400 pure electric vehicles, a total of 31963, on the grounds of consistency differences in the power battery systems of some vehicles, which became a larger case of new energy vehicle recalls. . However, some vehicles have experienced problems such as fast charge and slowdown and shortened battery life after the recall and upgrade. This way of achieving "safety upgrades" by limiting battery performance has caused complaints and dissatisfaction from car owners.

Facing the increasingly competitive market environment, BAIC New Energy has begun to change its thinking and will focus more on market sales and product development. At the same time, it will cooperate with Huawei, Baidu, Magna and other partners to enhance product technology development capabilities.

BAIC Langu stated in its financial report that the company focused on four areas of work in the first half of this year. In terms of high-end brands, promote ARCFOX brand promotion and channel construction, and establish a market channel layout that combines direct sales and distribution, and a combination of urban business district showrooms and delivery centers; in terms of product technology development, the high-end model of Polar Fox αS is launched and the development is completed. Two long-life battery packs, a new generation of SOA (Service-Based Software Architecture) vehicle control electronic and electrical architecture design, and a new generation of smart cockpit platform integrated design. In addition, the company has also set out to improve product quality control, optimize organization settings and assessment and incentive mechanisms, implement cost reduction and efficiency enhancement, and improve asset structure.

On May 21st, BAIC Blue Valley raised funds through a non-public offering of shares, raising a total of 5.5 billion yuan. The fixed increase was oversubscribed by 20%, including BAIC Group, CATL, Beijing Electronic Control, Caitong Fund, etc. to participate in the fixed increase. The funds raised this time will be used for ARCFOX brand high-end vehicle development and network construction projects, power exchange business system development projects, 5G intelligent network connection system upgrade projects and supplementary working capital. BAIC Blue Valley said that as the fundraising projects are completed and put into production one after another, the company will further increase the scale of its new energy vehicle business and enhance and consolidate its market position.

For the second half of the year, BAIC New Energy stated that it will continue to focus on ARCFOX polar fox brand promotion and channel construction; and jointly promote the N61 HBT model project with Huawei to ensure that the αS HI version and other key products in the second half of the year are completed on schedule, and at the same time promote the N61 HBT long-term development. Pre-research work for the aviation version and N60 HBT project; jointly promoted the Robotaxi project with Baidu, completed the system loading, product verification, and system integration joint testing of the Apollo autonomous driving system on the Jihu car, and realized the product delivery as planned.

In the "Blue Valley Plan" formulated at the beginning of this year, BAIC Blue Valley proposed a plan to "return BAIC New Energy to No. 1 within three years", and set the goal of selling 12,000 vehicles for Jihu in 2021.

In addition, the fact that the Jihu brand chooses to rely on Huawei, Baidu and Magna to improve its product strength instead of relying on its own research and development model has also been questioned. An automotive analyst told Caijing.com Auto that Polar Fox Alpha S is not Huawei’s only cooperative model. With the expansion of Huawei's smart car technology, it is difficult to maintain the first-mover advantage established by the first cooperation between Polar Fox and Huawei. Too long. However, the unmanned vehicle cooperation between Jihu and Baidu can hardly bring substantial results to the company's operations in a short period of time. Whether it is compared to traditional car companies or new front-end car manufacturers, the magnitude of BAIC Blue Valley's self-research investment is relatively low. It can be said that the current response measures of BAIC Blue Valley are still not enough to get the company out of danger.