Don't sell fuel vehicles and ban the sale of anxiety

At the 26th United Nations Climate Change Conference, six major automakers, including BYD and Mercedes-Benz, signed a commitment to phase out the production of fuel vehicles globally by 2040. After the news was released, some people began to sell anxious online again, "you can't buy a fuel car in the future"; some netizens ridiculed, "Your fuel car is going to be out of print"; some people even speculated, "Is it right in our country?" A timetable for the ban on burning will be introduced soon"; etc. 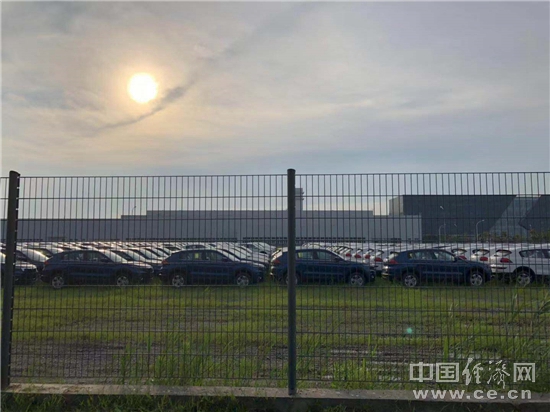 Such a voice can easily stir the nerves of the public and cause emotional resonance. After all, stopping the production and sales of fuel vehicles and developing new energy vehicles is an important way to deal with global climate change and achieve carbon neutrality. Especially in the context of some countries’ ban on the sale of fuel vehicles, it’s hard not to let people Make associations. However, it needs to be pointed out that the automobile is a large industry closely related to other fields such as energy, industry and society and people's livelihood. Transformation is destined to be a long-term and complicated process. Thinking about this issue requires not only a development perspective, but also a systematic thinking. .

From an enterprise perspective, the transition to new energy vehicles requires not only the guidance and pressure of policies and regulations, but also technological innovation and breakthroughs, as well as the supporting and perfecting of infrastructure. In fact, not only did mainstream car companies such as BMW, Hyundai, Honda, Nissan and Strandis not sign the agreement at this conference, nor did Volkswagen and Toyota, the world's two largest car companies by sales. Among them, Toyota's explanation is that "most parts of the world are not yet ready for zero-emission vehicles." The main reason why some mainstream automakers are cautious about this promise is that, on the one hand, the cost of technological transformation of auto companies is huge; on the other hand, it is difficult to achieve relevant government policy support and social supporting system construction in one step.

However, the refusal to sign auto companies is not a refusal of the new energy transition. At the end of June this year, Volkswagen announced that it would withdraw from the internal combustion engine vehicle business in Europe between 2033 and 2035, and will achieve carbon neutrality by 2050 at the latest. By 2030, Volkswagen's pure electric vehicles can account for 70% of the company's total sales in Europe. It can be said that Volkswagen is currently the most radical company in the global transformation of traditional fuel vehicle companies to new energy. However, considering the large volume of its traditional business, it is expected that it does not sign at present.

Although the "ban on burning" has been heard in recent years, so far, only the governments of the United Kingdom (including Scotland) and France have officially announced plans to ban the sale of fuel vehicles. Some political parties or some states and counties in other countries have proposed related proposals, and more are just A vision and initiative have not risen to the legal level, and there has been no progress on the legislative side and the implementation side. Up to now, no country has banned the sale of fuel vehicles in legal form.

For large automobile production and consumption countries, the formulation of a fuel ban schedule requires consideration of multiple factors such as economy, energy, emission reduction, and the market. It is not only one dimension of emissions. It should be said that with technological progress and policy and regulations, the replacement of fuel vehicles by new energy vehicles will gradually increase, but more will depend on market forces. Cars replaced carriages, smart phones replaced traditional mobile phones, and digital cameras replaced film cameras. It is not because any government encourages the former or opposes the latter, but because the former can better meet the needs of consumers than the latter. Taking into account the gradual nature of technological progress, the imbalance of resources and the complexity of the regional climate, both new energy vehicles and fuel vehicles will "go hand in hand" for a long time. Therefore, the prohibition and withdrawal of traditional fuel vehicles in major countries cannot be "one size fits all", but gradually implemented "different regions, models, and stages".