A few days ago, it was officially informed from the Anti-Monopoly Bureau of the State Administration of Market Supervision that it has successively issued 43 cases of administrative punishment and filed investigations into 43 cases of undeclared illegal implementation of the concentration of undertakings. Upon investigation, the above-mentioned cases all violated Article 21 of the Anti-Monopoly Law of the People's Republic of China, and constituted failure to declare the illegal implementation of the concentration of undertakings in accordance with the law, and the assessment found that they did not have the effect of eliminating or restricting competition. According to the Anti-Monopoly Bureau, Geely Holdings and BYD Auto were both punished. 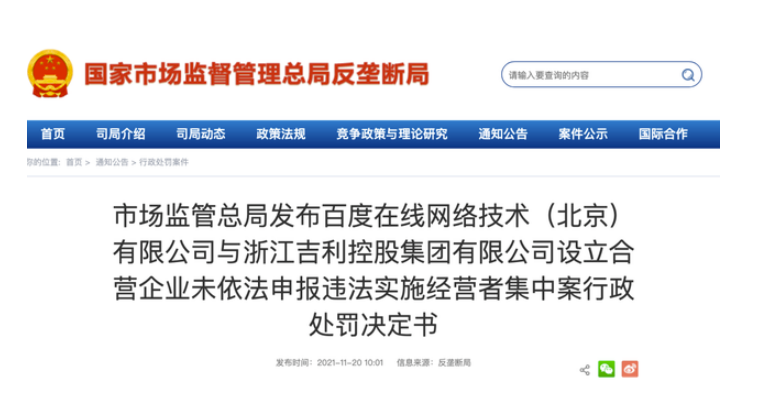 The General Administration of Market Supervision stated that with the deepening of anti-monopoly law enforcement, the awareness of corporate operators' concentration declarations has been continuously improved, actively sorting out and reporting the concentration of business operators that have not previously been declared illegally implemented in accordance with the law, and actively cooperating with investigations. The cases announced this time are all transactions that should have been declared but not declared in the past. There are a large number of cases, a wide range of companies, and a long transaction time span.