Ford's India business is over?

According to foreign media reports, recently, Ford Motor (Ford Motor) is seeking to end its manufacturing operations in India and may inspect its Maraimalainagar plant in Chennai, Chennai, and Ahmad later this year. The Sanand plant in Ahmedabad, Dabad. 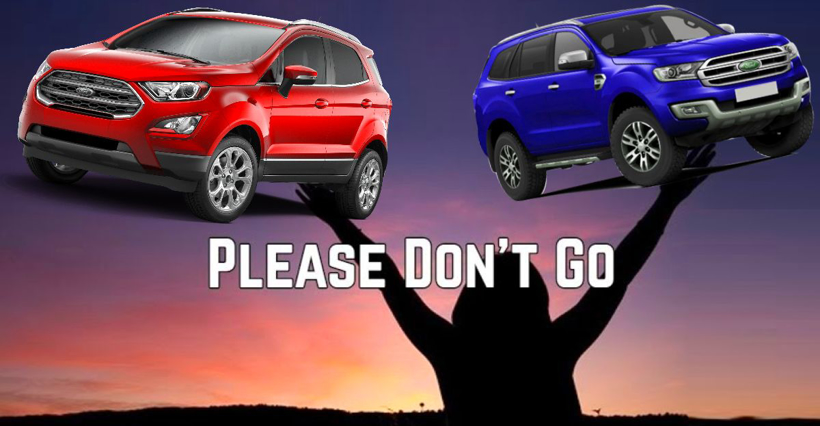 In the reassessment of India's strategy, Ford froze Mahindra's project. At the same time, a spokesperson for Ford India told the Economic Times that this is just speculation, "We are unwilling to comment on speculation. We will continue to evaluate our capital allocation in India and expect to get an answer in the second half of this year. "

The American car giant is negotiating with several car companies on the foundry and/or sales of its Indian factories. The latest negotiation partner is the carpool & travel service company Ola. Ola recently announced that it will enter the country’s electric car manufacturing field. The company may use Ford's factories to produce electric cars.

Ola is India’s largest travel platform, founded in December 2010 by Bhavish Aggarwal and Ankit Bhati. Recently, the Bangalore-based startup said that affiliates of Temasek and Warburg Pincus will invest US$500 million in it. Moreover, Ola co-founder and CEO Bhavish Aggarwal also participated in this new investment.

According to an earlier report by Indian media TechCrunch, Ola Electric, an electric vehicle business spun off from Ola in 2019, is also raising funds in the market. Ola operates in more than 100 cities in India, has accumulated more than 1 million contract drivers on its platform, and has expanded its business to multiple Commonwealth markets including Australia, New Zealand and the United Kingdom in the past decade.

And Ford Motor's business in India is through its subsidiary Ford India (Ford India) in two factories to produce and assemble engines, one in Chennai (Chennai), the other in Gujarat Sanand (Sanand).

Among them, the Chennai factory covers an area of ​​350 acres, with an annual output of 200,000 cars and 340,000 engines. Ford's SUVs, EcoSport and Endeavour are all produced in this plant, and Ford has invested more than $1 billion here. However, because the sales of the flagship model EcoSport have been declining, and due to the small contribution of other brands, Ford's market share has dropped from more than 3% to about 2%.

In addition, competitors Toyota, Honda and Renault are not much better than Ford in India's market share, both are 3%. In contrast, nearly half of Indian car buyers turned to Maruti Suzuki. The Indian subsidiary of the Japanese automaker has a 40-year history and dominates the market with high-efficiency, low-cost cars.

In addition, Ford spent more than $1 billion on the Sanad factory, which covers an area of ​​460 acres. The plant has a capacity of 240,000 cars and 270,000 engines. This factory produces compact car Aspire and hatchback new-generation Figo. As Ford reported, these factories were never fully utilized, even after exporting cars to 37 countries. 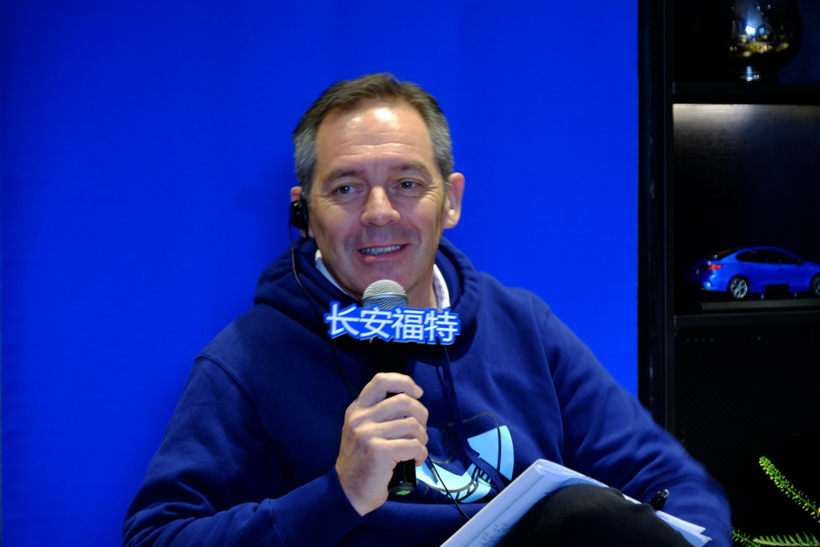 In April this year, Ford India also reorganized its senior management and even appointed Steven Armstrong as the Indian market transformation officer. Ford appointed Steven Armstrong as its transformation officer for India and South America operations. Especially for the Indian market, Armstrong will play an important role. Armstrong previously served as the president of Changan Ford in China, and his Chinese name is Shen Dingwen. Anurag Mehrotra, managing director of Ford India, will report to Shen Dingwen.

According to the latest data from the Federation of Indian Automobile Dealers Associations (FADA), Ford India’s retail sales in June were 2,790 vehicles, compared with 2,872 vehicles in the same period last year. The sales data on May 20 showed that Ford India had reduced to 1,671 units, compared with 4,214 units in April.

quickly find the next home

Ford and Mahindra initially cooperated to develop new products to increase Ford’s market share in India. But this has not made much progress. After the joint venture in October 2019, the two companies ended the joint venture within three years and parted ways. Since then, Ford has been looking for the next home. 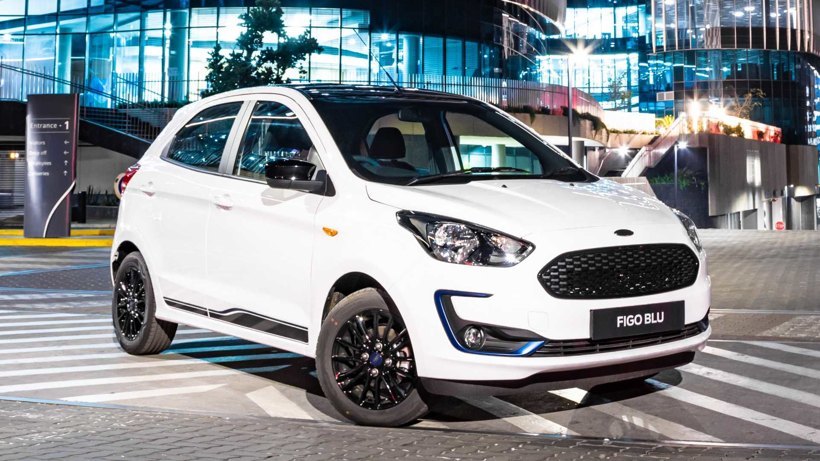 A person familiar with the matter said, “Ford had negotiated with MG Motor earlier but failed. Now it is negotiating with Citroen India on OEM manufacturing.” However, Ford Motor and Citroen India Both declined to comment. Citroen India manufactures the C5 Aircross SUV at its factory in Thiruvallur, Tamil Nadu.

In addition, Ford is still negotiating with Changan, MG and Great Wall. However, although Chang'an and Great Wall did show some interest, the negotiations did not pass due to anti-China sentiment caused by the Sino-Indian border issue. Moreover, due to the COVID-19 and related lockdowns, most manufacturers in India have suffered huge losses. The shrinking market has caused the factory to operate far below its total capacity.

Analysts said that Ford India needs to find a partner for OEM production, and there will be no more investment into its Indian business in the near future.

"The next twenty years will be different from the past"

Ford Motor, which has been working in India for 30 years, lost US$23 million in its Indian business in 2020, but it is far lower than the US$804 million in 2019. LMC analyst Ammar Master (Ammar Master) said that car groups generally try to sell products developed for other markets in India. They invested more money in other markets, especially in China, but they sold too few models in India, and they were not updated frequently enough. 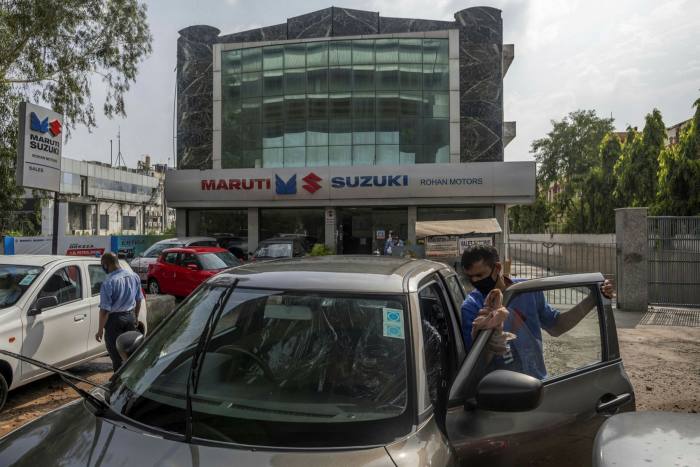 Master said that Ford’s “strategy to focus on only one product at a time-if you will, one strike to win-reflects the practices of other global automakers in India.”

"Without a steady influx of new cars to incite Indian buyers, it will be difficult to beat the entrenched market leader Maruti Suzuki and his ardent diehard fans." A dealer in Mumbai, India that once sold Ford cars Rishabh Sheth said that Ford’s challenges include slow product cycles, expensive maintenance and limited fuel efficiency.

Risabo also said that all these have weakened their attractiveness to intentional Indian consumers. “People are concerned about cars that are more fuel efficient, more comfortable, and easier to maintain.”

Sunil Dutt, who once worked as a driver for an international non-profit organization, said that Ford "is a good machine", but Maruti will one day win. "First, it is a (local) brand. Second, it is comfortable and designed for Indian roads. Third, it can be repaired from a ‘local mechanic’."

Compared to Ford, General Motors abandoned the Indian market in 2017. Motorcycle manufacturer Harley-Davidson also announced last year that it is struggling with local old brands such as Royal Enfield. After the competition, it will also withdraw from India, the world's largest two-wheeler market. 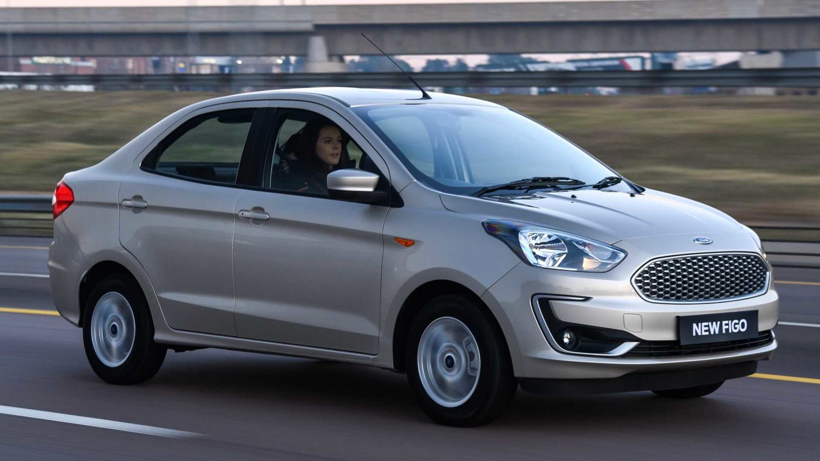 LMC predicts that, based on Ford’s current production prospects, the company can only use 20% of its 440,000 vehicle production capacity, and underutilized production capacity is the main factor dragging down the profits of the auto industry. Master said: "At this scale, they cannot survive in India."