The electrification of fuel-based buses is considered to be one of the fastest ways to reduce greenhouse gas emissions from transportation. Relevant data shows that transportation accounts for 29% of US emissions.

Regarding the support of "energy saving and emission reduction", it is expected that in the next few months, Washington will flow out billions of dollars to realize the electrification of public transportation vehicles. However, due to a law enacted in 2019, BYD's North American plant is not eligible for the funds. 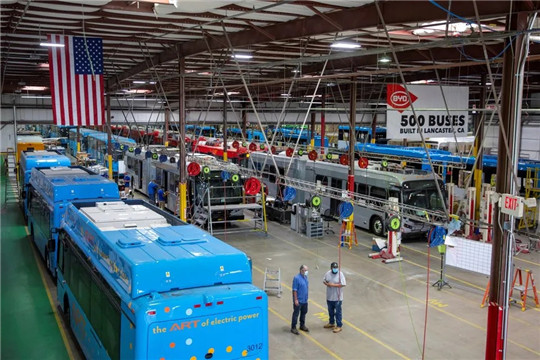 BYD North America spokesperson Frank Girardot (Frank Girardot) said that BYD will oppose the decision because it has not obtained state funding through its Chinese parent company. "Excluding us from the lucrative transportation market is a bad thing for American consumers, taxpayers and workers."

The dilemma of Chinese enterprises

Transportation experts warned that even if other bus manufacturers are expected to increase production, the elimination of BYD, one of the two major players in the electric bus field, means that it will be difficult for Biden to quickly electrify the US bus fleet. This also directly jeopardizes a key part of the president’s climate agenda.

Jeff Davis, a senior researcher at the Hainaut Transportation Center, who tracks federal transportation funds, said: “With the country’s current manufacturing infrastructure and BYD’s withdrawal, it’s hard to imagine achieving such a large scale in a short period of time. Replacement of electric buses."

A White House official said that the United States is confident of increasing auto production. He believes that the federal government’s strong funding for zero-emission vehicles, coupled with support for auto and battery manufacturers, will “build enough domestic production capacity to support acceleration. The transition to electric vehicles". 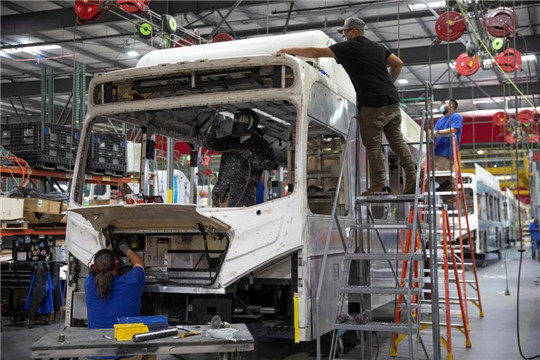 Earlier news showed that Biden and a group of bipartisan lawmakers agreed to invest an unprecedented $7.5 billion in the next 8 years to replace about 50,000 diesel buses with electric buses, accounting for about 70% of the U.S. transportation fleet because of Obama. The government’s goal is to reduce US emissions by half by 2030.

A report from the U.S. Congress in 2019 detailed how BYD benefited from China’s state-owned investment funds and state subsidies. After the construction of battery plants that are part of BYD’s supply chain, BYD and CRRC amended the National Defense Authorization Law. The case became the target of suppression.

The amendment stated that starting from 2022, federal funds cannot be used to purchase railway passenger cars or buses from Chinese state-owned or state-controlled enterprises. The report stated: "Since 2012, China has invested more than 10 billion U.S. dollars in the electric vehicle battery industry, which is equivalent to a subsidy of about 10,000 U.S. dollars for each electric vehicle, and the subsidy for electric buses is even higher."

BYD North America denied the report and stated that as an independent business unit, it did not receive Chinese subsidies directly, but provided subsidies to companies doing business in China. 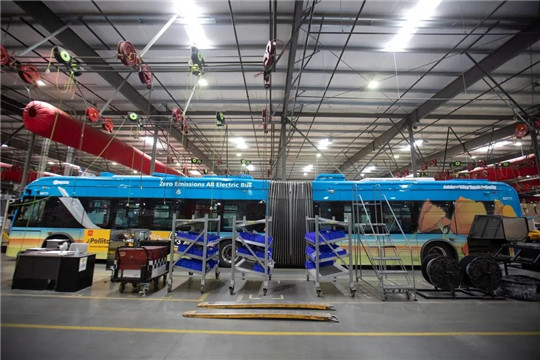 Although the U.S. Democrats and Republicans have hardly reached an agreement on this point, they have come together on the bill against China, trying to limit China's economic influence.

Last month, Pete DeFazio, a Democratic congressman and chairman of the House Transportation Committee, trumpeted the importance of infrastructure bills in the House of Representatives and used some time to attack BYD, but did not mention the names of these bills. "We will let these two Chinese companies, predatory Chinese companies leave here." De Fazio said.

BYD and its North American management are promoting its status as a union supporter and are preparing to fight for being excluded from the amendment. According to federal lobbying records, BYD Bill hired Capital Counsel, a well-known lobbying company closely related to the Democratic Party and Biden, to persuade lawmakers and the White House to amend the 2019 law. 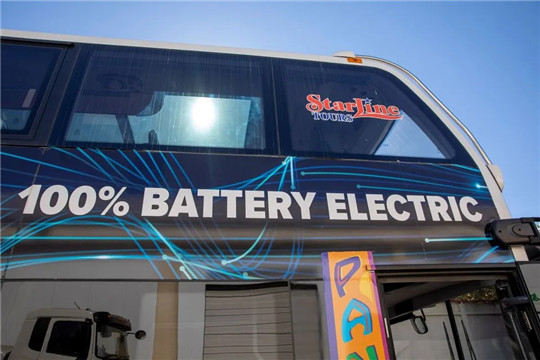 Records show that Robert Diamond, who is in charge of Biden’s New York presidential campaign, and Lyndon Boozer, who is close to House Democrats, are working on behalf of BYD. BYD also hired the O'Melveny & Myers law firm to address the concerns of lawmakers and wrote a report stating that it is not the type of Chinese state-owned entity envisaged by the 2019 law.

"Everyone says that China is stealing jobs, but (BYD) is creating jobs and they are providing people with jobs. People have lived successful lives, some are now buying houses, and the whole community has benefited a lot," the local trade union The branch organizer Willy Solorzano (Willy Solorzano) said. He pointed out that BYD employees who participate in the union earn an average of US$20 an hour.

Some local transportation agencies said that excluding BYD would not be able to smoothly proceed with "Building America".

BYD North America mainly competes with California-based Proterra Corporation (PTRA.O) in the US electric bus market. So far, the two companies have sold approximately 1,000 electric buses in the United States. Proterra plans to build a domestic battery manufacturing plant in the next few years. 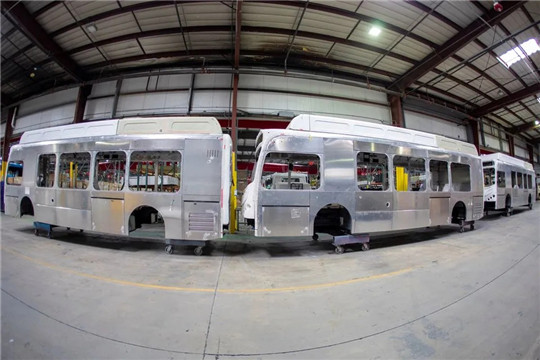 According to Dan Raudebaugh, executive director of the Center for Transportation and Environment, over time, other bus manufacturers are expected to help fill this gap, including GILLIG, headquartered in the United States, NFI Group of Canada (NFI .to)’s new Flyer subsidiary, and Canada-based Novabus, a Volvo (VOLVb.ST) subsidiary.

GILLIG, NFI and Novabus are long-established diesel bus manufacturers, and in recent years they have begun to sell hybrid, electric and hydrogen-powered vehicles. Other companies, including Lion Electric Co (LEV.TO) and GreenPower Motor in Canada, ENC in the US REV Group and Arrival in the UK, have just begun to increase their transportation business.

But in the current production capacity of electric buses, they all lag behind BYD.

“If the most competitive suppliers are driven out of the market, this creates an environment of collusion for other remaining participants to raise prices,” said Macy Neshati, chief executive officer of the Antelope Valley Transportation Authority. The agency provides services to the Los Angeles County area, replacing almost its entire bus fleet of around 85 buses with battery-powered BYD.