The "pain" that new forces must experience

Even if Xiaopeng stepped on the "pain points" that Weilai and Tesla have experienced, when its product-level labels become more prominent, the monthly delivery volume is also improving rapidly, and the 3000-degree free charging change will bring it The impact may not be as great as imagined.

In September 2020, the Beijing Auto Show, which was delayed for a long time due to the epidemic, finally started slowly.

At that time, less than half a year had passed since Xiaopeng Motors completed the introduction of P7. From the perspective of end-user acceptance, recognition, and terminal sales, although we can feel a gradual upward trend, there is still a certain gap compared with the strength of Tesla's domestic Model 3 horizontally. 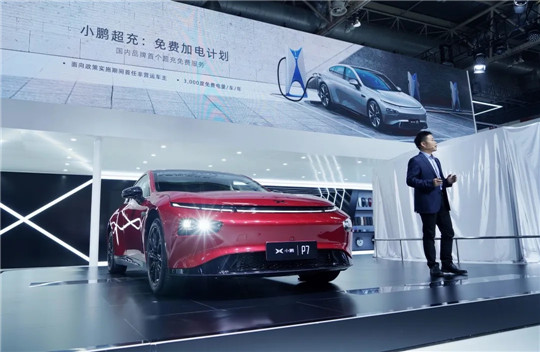 Therefore, how to "stimulate" potential customers and stimulate their desire to purchase has become a problem for Xiaopeng. The method it gives is similar to that of Tesla and Weilai in the past, giving users a free policy of supplementing energy.

During the auto show, He Xiaopeng, who was on the platform in person, announced that the Xiaopeng supercharge free power-up plan is for the first non-operating car owners of Xiaopeng Motors during the service period, and provides them when they go to the designated charging station (station) to charge during the car. Lifetime free charging service of 3000 kilowatt-hours of electricity per vehicle per year.

Not only that, it is reported that Xiaopeng Supercharge will build an overcharge network with partners, including State Grid, China Southern Power Grid, Special Call, Xingxing Charging, Xiaoju Charging, etc., and select sites with good locations/services among partners, and then Combine with self-built super charging site to provide users with free charging service.

As for the final result, even if such a policy cannot be specifically counted, how high the order conversion rate has been brought to Xiaopeng, it does reduce the cost of using the car to a large extent.

As everyone knows, recently, according to Xiaopeng's official announcement, the 3000-degree free charging policy is about to "change". In my eyes, it is more like embarking on a forced path.

Although I have pains, but I have to do it

In fact, as early as last year when Weilai announced the adjustment of the lifelong free battery replacement policy, he wrote in the article "When the iPhone 12 cancels the charger, when Weilai cancels the "lifetime free battery replacement"", he wrote: I was forced to know the policy. After the change, it will definitely have an impact on the brand reputation and terminal sales that it has just accumulated, but it has to do it. This has also become the pain that it needs to experience on the road to continue to achieve "qualitative change". 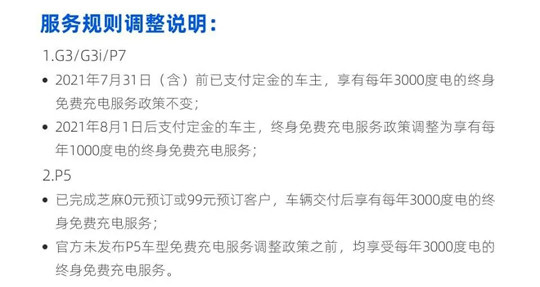 At this moment, the above paragraph also applies to Xiaopeng. From the specific content of this adjustment, with regard to the three models of G3, G3i, and P7, car owners who have paid a deposit before July 31, 2021 (inclusive) will enjoy the life-long free charging service policy of 3000 kWh per year. .

Regarding the P5 that has not been officially launched and delivered, customers who have completed a reservation of 0 yuan or 99 yuan for Zhima, will enjoy a life-long free charging service of 3000 kWh per year after the vehicle is delivered.

And shortly after the official announcement of the above news, I opened the Xiaopeng APP and looked at the comments of the car owner. From it, I did not see a picture of "complaint". Perhaps it was because of the lessons learned like Weilai and Tesla. Such a change has long been Not surprising.

However, from the perspective of new users, the free charging quota is reduced by two-thirds, which will inevitably reduce its own rights and interests.

Take my personal driving P7 as an example, the average daily power consumption is maintained at 15-17kWh/100km most of the time, then at the previous 3000 degrees, it can support the vehicle to travel about 20,000 kilometers. After the adjustment, only 6,000 kilometers of vehicles are supported. 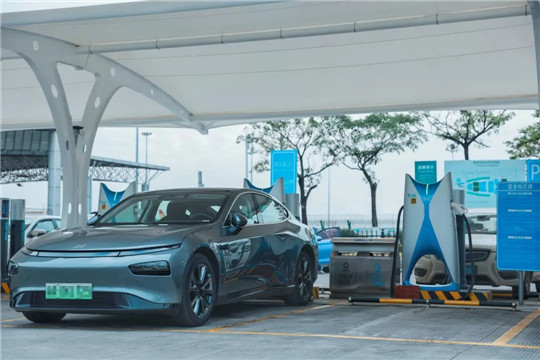 Obviously, there has been a certain degree of decline. As for the policy changes, will it have an adverse effect on the level of terminal sales? Still need to give time to feedback.

Change the perspective and start from the perspective of car companies. When the monthly delivery volume is increasing day by day, if the 3,000-degree free charging policy is maintained, it will undoubtedly bring more and more onerous financial pressures. The relatively high cost issue has become the key that Xiaopeng has to weigh and consider.

Therefore, long-term pain is not as good as short-term pain. Choosing the current node for "cutting" is more the result of this new force building a car and weighing the results after consideration. At this moment, since the 3000-degree free charging policy has changed, both manufacturers and consumers can only be "forced" to accept it.

In all fairness, for all new forces that have achieved large-scale delivery, under the background of weak voice at the beginning of the brand establishment, they have chosen to use some "out-of-pocket" car policies to stimulate the attention of potential customers. Become what everyone is doing. 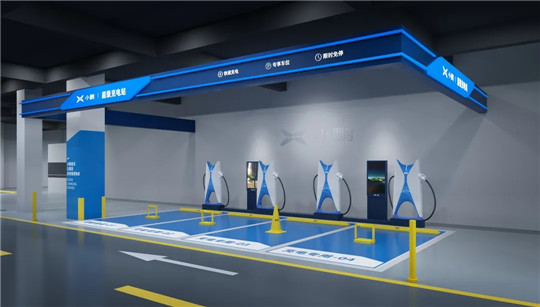 However, as the overall situation has improved and the user base has rapidly expanded, the negative effects of the above methods have begun to gradually appear. Therefore, in order to better survive and develop, we can only experience the "throttles" after the policy adjustment. In this process, it is inevitable that new and old car owners will experience a certain difference in actual car experience.

And this has precisely become the pain point of the entire industry: For some people who seem willing to accept new things on the surface, once the "honey" is reduced, complaints will be flooded.

Fortunately, when Wei Lai announced last year that it would cancel the free life-time battery exchange, its monthly delivery volume has not been sluggish, but has achieved a relatively large increase from the previous month. In the past June, it broke the 8,000 mark for the first time, reaching 8,083 vehicles, a year-on-year increase of 116.1%, a record high.

Behind the    good, it is increasingly reflected that users who are truly willing to choose Weilai no longer regard lifetime free replacement of electricity as a decisive element of purchase. On the contrary, no matter ES8, ES6 or EC6, compared with many current competitors of the same level, the irreplaceability of the three models at the product level is the real key.

The same principle has also been fulfilled in Tesla. The reduction in the amount of free charging has not weakened consumers' enthusiasm for buying vehicles. The former is located in China's new energy market, and it has been harvesting since it experienced several rounds of official landings last year. The extreme price-performance ratio, combined with its advantages in autonomous driving, vehicle electrical architecture, and even cruising range, has become a dimension for consumers to measure more. 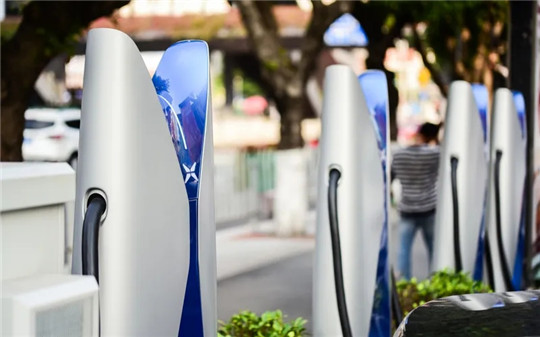 For this reason, we have reason to believe that even if Xiaopeng steps on the "pain points" that NIO and Tesla have experienced, as its product-level labels become more prominent, the monthly delivery volume is also improving rapidly. , 3000 degrees of free charging has an impact on it, perhaps not as great as imagined.

As for the end of the article, I still want to warn those new energy companies that try to "injure the enemy one thousand and self-defeat 800" to attract potential customers. This approach can indeed make the latter taste the short-term sweetness and bring certain dividends to the brand itself, but excessive overdraft and internal friction will bring a serious backlash effect.

Therefore, please let the product power become the "key" for users to make a real choice.......