Shortly after the release of the "Opinions of the Central Committee of the Communist Party of China and the State Council on Accelerating the Construction of a Large National Market", the State Council issued the "Package of Policy Measures for Solidly Stabilizing the Economy" (hereinafter referred to as the "Measures"), again proposing to completely cancel the restrictions on the relocation of used cars, and Improve the management regulations for the registration, filing, and vehicle transaction registration of used car market entities.

This has injected warmth into the sluggish used car market. The China Automobile Dealers Association said that with the implementation of relevant favorable policies, the replacement volume is expected to increase significantly in June. At the same time, the source, circulation cost and circulation efficiency of second-hand cars will be improved, and the price of second-hand cars will be more affordable to the people, which will drive the growth of market demand and help the inventory of second-hand car dealers to be digested as soon as possible. 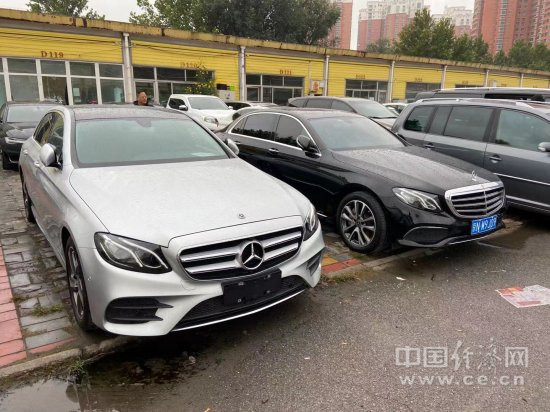 The market is in a downturn

Luo Lei, deputy secretary general of the China Automobile Dealers Association, believes that the spread of the epidemic, shrinking market demand, weakening expectations, and the decline in purchasing power caused by rising oil prices are all reasons for the downturn in the used car market.

In May, the average daily transaction volume was slightly better than that in April, but there was still a gap compared with the same period last year. The second-hand car weekly express report released by the Information Department of the Circulation Association shows that the average transaction volume on the fourth week of May was 53,900 vehicles, an increase of 5.48% over the previous week and a year-on-year decrease of 10.75%. It is estimated that the overall transaction scale of the used car market in May will be 1.13 million to 1.15 million, an increase of 3% month-on-month and a year-on-year decrease of 21%.

The latest results released by the Circulation Association also show that the "China Used Car Managers Index" (UCMI) in May was 37.7%, below the line of prosperity and decline, and the used car market is still in a recession.

According to Lang Xuehong, deputy secretary-general of the China Automobile Dealers Association, half of the used car managers reported that the market demand decreased in May. There is no significant change in the number of customers on the used car online, and the number of offline customers has decreased to a certain extent. The reasons for this are that on the one hand, epidemic prevention and control requires reducing going out, and on the other hand, the second-hand cars traded in the market are still mainly fuel vehicles, and the continuous rise in oil prices has discouraged some consumers.

The used car industry as a whole is sluggish, and at the level of car dealers, it is difficult to survive. A number of car dealers told reporters that the second-hand car business is under a lot of pressure.

Although the used car industry has been in trouble for the past two months. However, looking back over the past ten years, except for a slight decline in 2020 due to the impact of the epidemic, the transaction volume of used cars has shown positive growth for many years in a row, and the growth rate is much higher than that of new cars. In 2021, the second-hand car transaction volume will be 17.5851 million units, with a year-on-year growth rate of 22.7%, the highest in the past decade. The sales ratio of new and used cars in my country has reached 1.49:1, which is rapidly catching up with the sales ratio of new and used cars in mature countries.

However, behind the continuous high growth, the blockages formed over the years in the used car industry still exist. For example, a large number of second-hand cars will be exported from first-tier cities to second-tier to sixth-tier cities and even county areas, but the relocation policy has hindered the off-site circulation of second-hand cars. Various localities impose emission standards and vehicle age restrictions on transferred second-hand cars, resulting in Non-local consumers want to buy cars but can’t buy them, but local car owners want to sell cars but can’t sell them at a good price.

Many blocking points in the field of second-hand car circulation have become pain points that hinder the full release of automobile consumption potential. It is precisely because of this that after the release of the "Measures", Wang Du, deputy secretary general of the China Automobile Dealers Association, said excitedly: "The association has worked hard for more than 10 years to break the eviction restrictions. The overall driving effect of the cancellation of the eviction restrictions on the used car market is immeasurable. It is a major positive for the industry to regain confidence." He believes that the policy emphasizes promoting the commercialization and large-scale circulation of used cars, which will greatly simplify the registration procedures for used cars and completely break through the blockages of used car circulation.

According to the statistics of the Circulation Association, there are more than 60 million vehicles with National V emission standards in the country, accounting for more than 20% of the existing ownership. The obstacles to the circulation of second-hand cars have gradually broken the ice, which has greatly improved the expectations and confidence of enterprises in the industry.

The measures are implemented to boost the recovery

The Circulation Association learned from research that the Yangtze River Delta and the Pearl River Delta are about to release the National Five Relocation Restrictions, and Tianjin and Hebei Province have already implemented them.

"The second half of this year will be the best time to get rid of the restrictions on relocation nationwide. If the second-hand cars of the National Five can be circulated nationwide, the value preservation rate of the National Five cars will be expected to increase by 5%." Pan, Chairman of Guangdong Junweilong Automobile Trading Co., Ltd. Guoguang analysis said.

The "Measures" clarify the attributes of used car commodities, which also greatly simplifies the process of second-hand car operation and trading. Taking Guazi used cars as an example, with the cancellation of the relocation restriction policy, the average time for off-site delivery on the platform has been shortened by 8 days, and off-site delivery can be completed within 24 hours at the fastest.

Wang Xiaoyu believes that the used car industry is expected to accelerate recovery in the second half of the year, and consumer demand will usher in a concentrated release in the traditional peak sales season from September to December.

"It is estimated that the second-hand car transaction volume is expected to jump to the 20 million mark in 2022. By 2025, the ratio of new and used car transactions may reach 1:1." Lang Xuehong was previously at the "2021-2022 China Auto Circulation Industry Blue Book" at the press conference , which released industry forecasts on behalf of the association.

Although the future can be expected under the stimulus of the policy, at present the pressure on the inventory of used car dealers is still high, and the return of funds is slow. According to a survey by the Circulation Association, the overall inventory cycle of used car dealers in May was 47 days. Industry insiders suggest that car dealers should still maintain a cautious business strategy. In June, some of the consumer demand that was delayed in the early stage will be transformed, and the national epidemic prevention situation will continue to improve. It is expected that there will be a rebound in transactions in many places, but it is still recommended that used car dealers reasonably control the inventory level and inventory cycle, and withdraw funds as soon as possible. .